Topotablet for Android is finally here!

After the release of Valleybomber I thought it would be nice to make a multiplatform remake of my most downloaded app, named Topotablet. 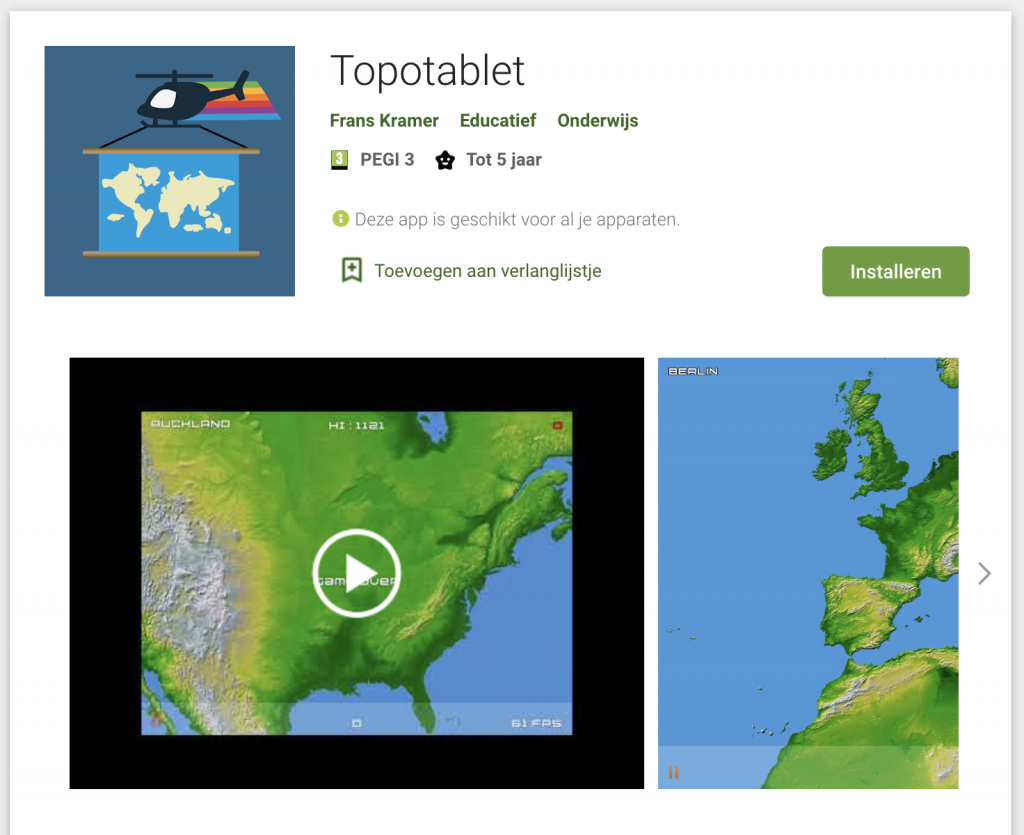 It’s a topography game that let’s you find cities all over the world. The time is ticking though, so hurry!

Click on the image above to visit the store to donwload it. It’s free!

The development was done in many stages, and it will be used to show how a LibGdx game is actually made.

The old version is IOS only, and is somewhat different. I will release the same version when IOS 13 has found it’s way to a lot of people. I know that if I submit this update the Apple reviewing people will be very strict on a lot of things. And then it will take ages before I pass the review.

← Valleybomber is in the Google playstore
Hardware wants to meet Software →