It is fun to see how I thought about asset creation before I started. Â I made a lot of stuff with 3D Studio Max and Blender for earlier games. A lot of the assets for Blooneycounter were made with the help of Blender. So it was logical to make some of the stuff with those tools.Â I knew that animations wereÂ hard to do and I though I could make a pixelartsy look with the right shaders. I never made any animations so I didn’t know how to do that.

I made a character that had a good bone setup with theÂ MakeHuman tool. This is completely free and you can tweak the model before exporting. I picked up some nice walking animations from Carnegie Mellon University site. And after some time you have a walking figure. Exporting the frames gave the following animated character:

The good thing about modeling is that you can render it from any angle for free :

But the thing is…. It looks crap… And even how I tried my best. It looks darkish, awkward and everybody knows it was a 3D model.

So I decided to ditch the Blender way of doing stuff, and decided to hand animate frame by frame. And although making frames this way is sometimes time-consuming, it looks bright, nice and pixelated. Above animations are rendered at 60FPS… way to much for pixel art. Usually any animation has about 9 frames. My characters are 70×150 and it’s very doable. 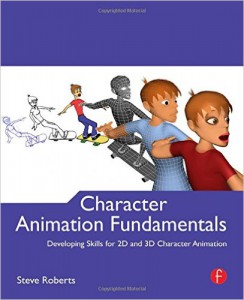 My animations are improving steadily and I love how it looks. I created a falling animation in less thanÂ 4 hours, and that’s okay. I plan to make about 20 animations for the first level. I already created about 12, so still 8Â to go.

These are the ones left (for the first level):