Started creating a game for my ipad about one month ago. These screenies show some progress.

The game is loosely based on Topo for the C64. Oddly enough it’s created by C.Kramer, and my name is F.Kramer (what a strange coincidence). See YoutubeÂ for the gameplay. 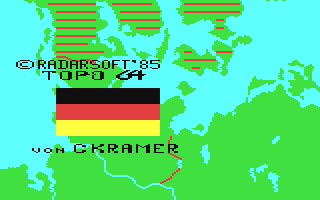 The next is a screenie of topotablet game running on the DragonFire SDK Emulator. Because each build should be uploaded to the buildserver of Dragonfire this meant uploading around 15 mb every time I wanted to created a build. So I decided to make very lossly compressed images (and removed the detail) of the world map. Now each build is around 2Mb in size. 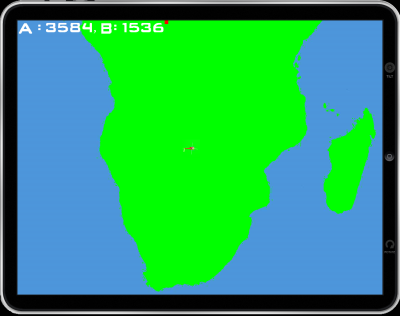 Heli animation is done. I want to create a crisp font for this game, but this is a lot of work (especially because there are no font editors avaiable).

The animation for the city is ready too. The only things remaining are a menu, game logic and a highscore table. 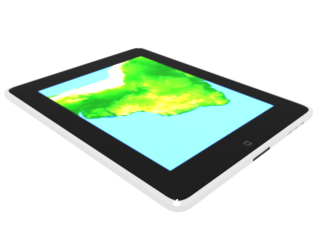 This is an artist impression of the app on an iPad (rendered). You can barely see the heli…